back to search results

The memorial at the site of the Nazi's machine gun killing of the more than 2000 Jews of Tykocin, Poland in Lopuchowo forest.

The memorial at the site of the Nazi killing of the Jews of Tykocin, Poland. The Jewish population of Tykocin, estimated at 2,000 persons, was eradicated by Nazi Germans during the Holocaust. On August 25, 26 1941 the Jewish residents of Tykocin were assembled at the market square for "relocation", and then marched and trucked by the Nazis into the nearby Lopuchowo forest, where they were executed in waves into pits by SS Einsatzkommando Zichenau-Schroettersburg under SS-Obersturmfurhrer Hermann Schaper..(This caption largely from Wikipedia-Creative Commons Attribution-ShareAlike License) 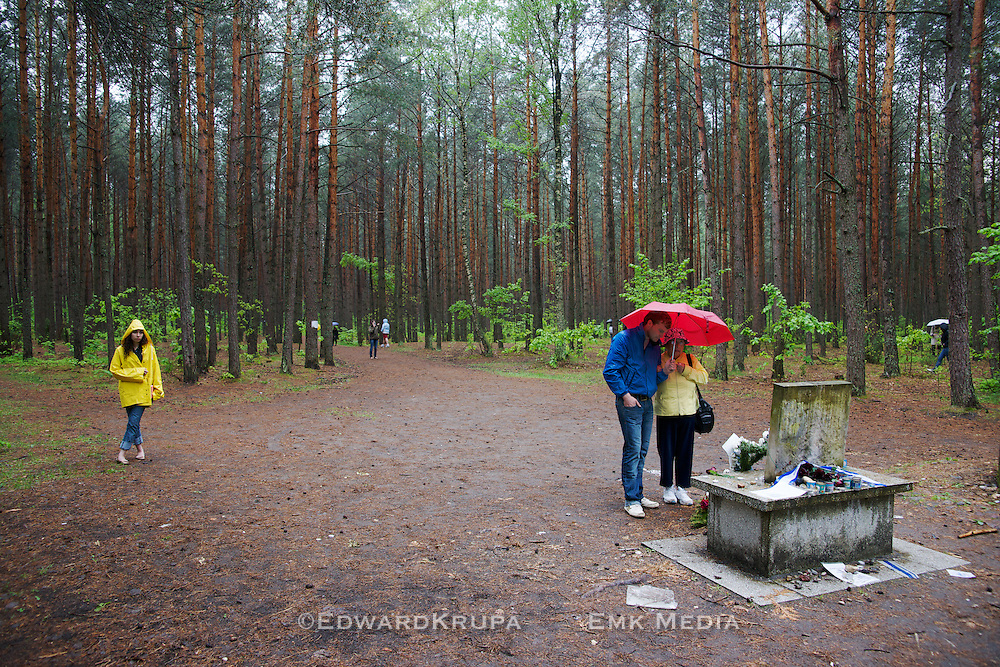